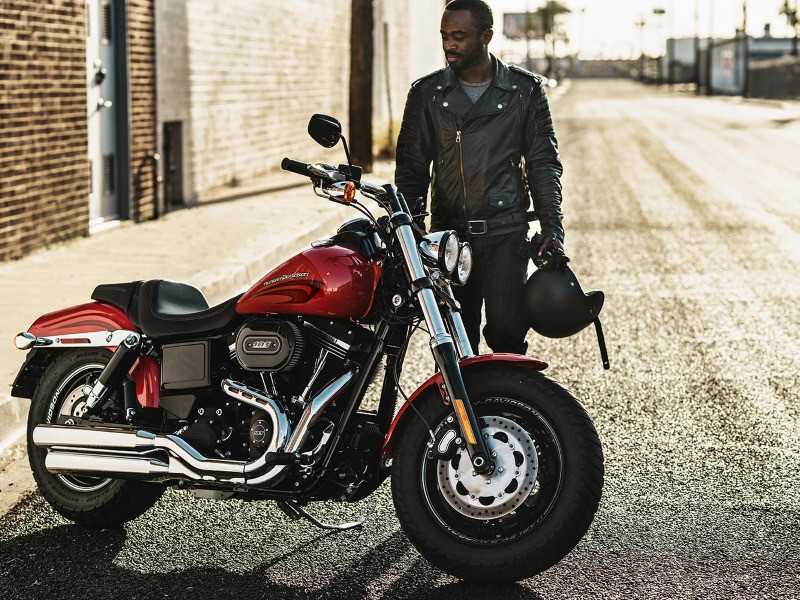 Most people don’t talk about their bike’s suspension with the same enthusiasm with which they talk about its engine. But when you want to talk performance, the two systems might be equally important. While the engine provides power, the suspension is what makes sure that power gets put on the road, making it possible for you to control your ride.

Not only do we offer the latest bikes from Harley-Davidson, we also offer parts and services for Harley-Davidson owners. We’re located in Paris, Texas, and we proudly serve the areas of Sulphur Springs, Mt. Pleasant, Tyler, Sherman, Como-Pickton, McKinney, and Texarkana, Texas.

Motorcycle suspension systems today or relatively complex systems which improve the performance of your bike in multiple ways. In the early days, some motorcycles (known as hardtails) didn’t even have rear suspension systems. These bikes were very uncomfortable to ride because every bump in the road was translated up into the rider. They also tended to handle worse than modern bikes.

Good motorcycle suspension has a few qualities. First, it makes the riding experience more comfortable by absorbing a major portion of the vibration and bumps in the road. This makes it possible to ride much longer than it would be possible with stiff suspension or no suspension. Second, motorcycle suspension helps to keep the tires planted to the pavement. In the rear, this helps to ensure that there’s always the maximum amount of traction, thus putting the most power to the pavement as possible. In the front, having more contact with the road aids traction, which helps in braking and turning.

The Elements of a Suspension System

While there is quite a bit of diversity between different motorcycle manufacturers and different models of bike, most suspension systems tend to follow a similar design. The front and rear suspensions usually have different designs. The coil-over system is most common for rear suspensions. In this system, a shock helps to provide damping, which essentially makes the suspension tighter and more controlled by making it harder for bouncing up and down. The shock is filled with oil and it may be connected to a reservoir in order to provide more dynamic damping. The coil, which actually absorbs the bumps from the road, is wrapped around the outside of the shock.

In front, the suspension is based on an internal coil fork design. This system is relatively similar to the rear suspension, except that the coil spring is inside the shock instead of outside. Once again, the shock is filled with oil, which helps to improve damping.

Harley-Davidson is responsible for some of the most impressive innovations in motorcycle suspension technology. The Softail® was the first bike to use a hidden rear suspension system, which allowed it to have the comfortable ride and a high degree of performance you demand while maintaining classic Harley-Davidson hardtail look. The Dyna® uses the classic rear coil over suspension. Bikes like the Sportster®, Breakout®, and Fat Bob® use the latest in Harley-Davidson emulsion shock technology.

If your bike needs parts and maintenance for its suspension system, bring it by Paris Harley-Davidson® in Paris, Texas. We proudly serve the areas of Sulphur Springs, Mt. Pleasant, Tyler, Sherman, Como-Pickton, McKinney, and Texarkana, Texas. Give us a call today to see how we can help!