‹  Home  ›  Our Harley-Davidson® Blog  › The Sportster Vs. The Softail 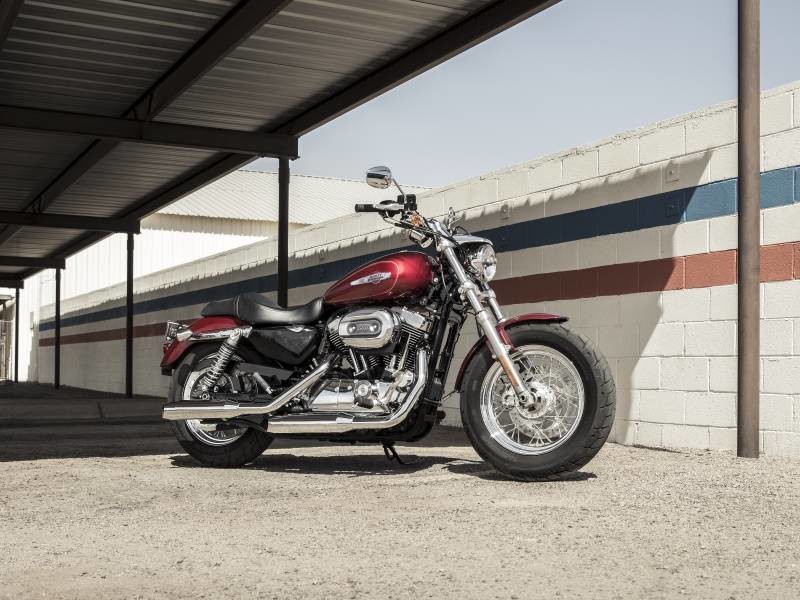 Harley-Davidson is known for its iconic motorcycle families, and two of the most legendary is the Softail and the Sportster lines. These bikes range in size from smaller cafe racer style bikes that can zip up the coastal highways, to big-framed baggers made to shred the highways and interstates. For those considering their first Harley-Davidson motorcycle, these two bikes provide approachable riding dynamics and engine sizes that are great for riders of all skill levels. Here at Paris Harley-Davidson, we’ve prepared this short guide to help introduce our customers to some of the differences between these two bikes so you can start imagining yourself on one today. But when you’re ready to take a ride and feel the difference for yourself, stop by our Paris, Texas showroom and service center. Located near Sulphur Springs, Tyler, Sherman, Como-Pickton, McKinney, and Mt. Pleasant, Texas, we carry the most iconic bikes from one of America’s most iconic brands: Harley-Davidson.

The Sportster was developed 60 years ago in part as a response to increasing pressure from bikes imported to the United States. While Harley had dominated the local market for decades, new smaller, more agile bikes were entering the market and challenging some of Harley’s larger, air-cooled cruisers. The Sportster shot back with a medium sized frame that was light, agile, and versatile beyond belief. Local customizers and modifiers quickly took to the Sportster design (then called the XL) with a new zeal, modifying the bike for dirt track racing, cruising, drag racing, and just about anything else you could think of. Today, the Sportster line still is Harley’s standard bearer for quick, fun-to-ride motorcycles.

Unlike the Sportster, the Softail didn’t come about as a Harley-Davidson solution to a problem, but rather as the result of passionate fan ambition. In the 1970s, a mechanical engineer named Bill Davis decided to take the cutting torch to his beloved Super Glide to see if he could solve a problem that had been plaguing his riding. The Super Glide was part of an older generation of Harley-Davidson hardtail motorcycles that lacked rear suspension, making the riding experience a filling-loosening headache. Davis added a hidden rear spring suspension system. Once he completed the design, he brought it to Harley-Davidson. While the company didn’t jump at the first chance, they eventually purchased the design, modified it to their own demanding specifications, and released the Softail FXST in 1983.

On some level, the design is about beauty, and beauty is in the eye of the beholder, but both the Sportster and the Softail feature eye-catching features that are steeped in the independent Harley spirit. Many Softail models feature more of a nostalgic bent in their overall design scheme, and the Softail Deluxe and Softail Slim are good examples of this. On the other hand, the Breakout is a recent addition to the Softail family that takes on a seductive modern look with huge rims and an eye-popping color palette. The Sportster line uses many modern, updated designs such as the Iron 883, which looks as good cutting up the city streets as it does roaring down a highway. If you’re looking for something more classic, the 1200 Custom has the leather jacket appeal you expect from an old school Harley roadster with chromed out coil over springs and wire spoke wheels. The designs run the gamut in terms of modern to classic appeal, and you’ll likely be able to find the perfect bike for your personal aesthetic.

Between the two families of bikes, one clearly takes the lead in terms of power: the Softail. Using the High Output Twin Cam 103B engine, the Softail line delivers some serious power and torque with 103 cubic inches of cylinder displacement. If you upgrade to one of the “S” models including the Softail Slim S or Fat Boy S, you’ll get an engine upgrade to the Screamin’ Eagle Air-Cooled Twin Cam 110B, adding, even more, power and torque. When you consider power-to-weight ratio, the Sportster isn’t exactly a slacker. The 1200cc Evolution engine delivers incredible power. For bikes like the Iron 883, an 883cc engine provides zippy speed in an agile frame. No matter which direction you go, you’ll have plenty of power when you need it.