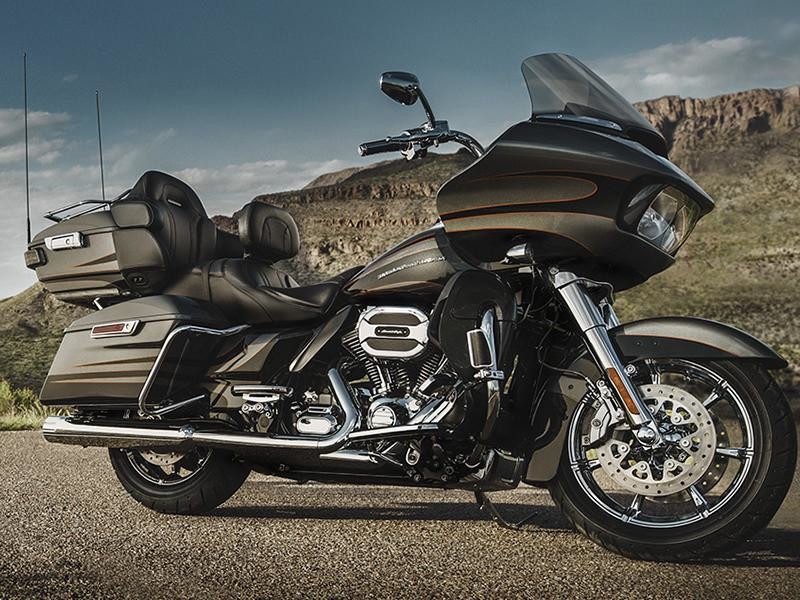 The Harley-Davdison Motor Company has been producing revolutionary engines for over a century, and now we have the pleasure of introducing the next generation of touring engine for Harley-Davidson motorcycles: The Milwaukee-Eight! The Milwaukee-Eight is designed to provide superior performance, and a big boost in power compared to earlier touring engines. You can read more about this all new engine below, but if you really want to get an impression of the Milwaukee-Eight, call or stop by and see us at Paris Harley-Davidson in Paris, Texas and we’ll schedule a test ride so that you can feel the difference for yourself! Paris Harley-Davidson proudly serves the areas of Sulphur Springs, Como-Pickton, McKinney, Mt. Pleasant, and Texarkana, Texas.

The new Milwaukee-Eight is only the most recent step in Harley-Davidson’s long journey. For over a century Harley-Davidson has been innovating and revolutionizing the world of motorcycling. The first production V-Twin from Harley-Davidson, the F-Head, rolled onto the road in 1903, and began a legacy of excellence that the Milwaukee-Eight proudly carries on. The Knucklehead engine that premiered in 1936 created the foundation for the next seventy years of air-cooled engines. In 1966, the Shovelhead engine rolled out in the first Electra-Glide® models, providing the touring family with more power and versatility than ever before. At the turn of the century Harley-Davidson unveiled the Twin Cam engine, which has served as the powerhouse for H-D touring bikes for 17 years. Now the next generation of touring bikes is here, and they’re driven by the incredible Milwaukee-Eight.

The Milwaukee-Eight is built for touring, and that means that it puts plenty of power on tap. Compared to the Twin Cam engine, the Milwaukee-Eight weighs just about the same, but offers a torque increase of 10%, providing a significant improvement to the power to weight ratio. The Milwaukee-Eight is also larger than the Twin Cam engines it replaces at 107 cubic inches. If 107 isn’t enough engine for you, than you’ll probably want to take a look at the CVO touring models in 2017, which feature a 114 cubic inch version of this engine. Still not enough Milwaukee-Eight? Upgrade your touring bike with a Screamin’ Eagle Stage III upgrade kit and beef up your engine to a massive 117 cubic inches, and then hold on tight because you’re in for one heck of a ride.

A big engine with plenty of power is nice, but when you’re on a long distance touring ride, comfort and performance are just as important. The Milwaukee-Eight is engineered to run cooler, thanks in part to the precision cooling system. This is a difference you can really feel when you ride, especially when you’re in slow traffic on a hot day. In addition to running cooler, the Milwaukee-Eight is smoother thanks to the rubber engine mounting, and the counter balancer included in the engine design, making your ride more comfortable when you’re looking forward to spending hours in the saddle. Finally the eight valve design and precise engine mapping create more efficient performance with lower emissions, allowing you to squeeze the most out of every drop of fuel you put in the tank.

If you’re ready for the future, the future is ready for you, right here at Paris Harley-Davidson in Paris, Texas. Call us today and we’ll be happy to schedule a test ride for one of our outstanding 2017 touring motorcycles equipped with the new Milwaukee-Eight engine. Paris Harley-Davidson is proud to serve the cities of Mt. Pleasant, Texarkana, McKinney, Como-Pickton, and Sulphur Springs, Texas.